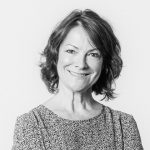 Anna’s  background is in video-journalism and documentary making, working in the UK and overseas – mainly in developing countries across South America, Africa and Asia, including North Korea. She’s worked as a coach, trainer and facilitator since getting her ILM Level 7 qualification in 2015. 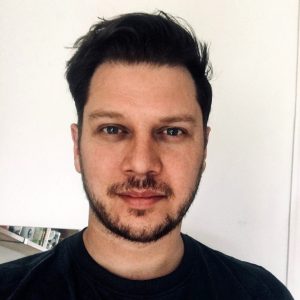 Alex Robertson started his career as a designer for theatre, however quickly  moved into film and television alongside theatre productions, after graduating  RWCMD 2005. Now an established Art Director and Designer for over 17 years,  Alex has worked for multiple channels on various platforms, in the last few years  working almost exclusively on Game Shows and Light Entertainment.

Bruce Goodison is one of the country’s leading film makers with many awards to his name. Unusually, Bruce works across all genres of drama, documentary and film. He tends to tackle contemporary issue-based subject matter like teenage migration, honour killing, knife crime and disability rights. He makes contemporary and visually arresting human stories with his own production company, Indefinite Films 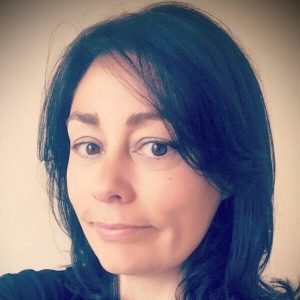 Carmen Sanchez Roberts is an editor, with a passion for drama, and almost 15  years experience in post production. Working her way up from assistant editor on  HETV shows, she appreciates the hard work it takes to progress. Having benefited  herself from mentorship in the past, Carmen now wants to pass it forward with  Bectu, to the next generation. 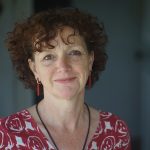 Catherine Linstrum is a writer-director based in Wales. Her supernatural thriller NUCLEAR is released digitally and available on Amazon and Sky. Catherine also
works as a script consultant, mentor and trainer. She has taught on script workshops in the UK, Italy and Romania, as well as teaching directing and acting for the screen at major UK drama schools. 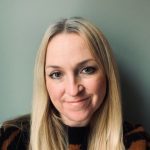 Ceri Hughes is a freelance drama and film Production Manager/Line Producer based in Cardiff. She started her career as a Production Co-ordinator in the year 2000 and her recent credits include the films Dream Horse and Eternal Beauty and the Bafta Cymru award winning series Bang. Ceri has trained to be a mentor with Bectu Cymru.

Dylan Richards is an award-winning producer/director with over 30 years’ experience in the industry, working across both factual and drama. During this time he’s worked with the majority of independent production companies in Wales. Dylan has trained as a mentor with Bectu Cymru and is also a ScreenSkills mentor. 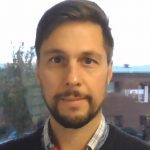 Fabrice Spelta  has been working as an Art Director on Films and Supervising A.D. on TV productions since 2001, after graduating with a BA from Wimbledon School of Art. He has been chair of the BECTU Art Dept Branch for 3 years and is still actively involved with the union, and a current rep for TV drama negotiations with PACT.

Gethin Scourfield has been working in the television and film industry since the early 80s. He was co-founder of succesful Welsh ‘indies’ Criw Byw and Boda, has been an
Executive Producer at the BBC and acting Commissioning Editor at S4C . He joined drama poduction company Triongl in 2018. Credits inlcude ‘Hinterland’ (S4C/BBC/All3Media International) and ‘The Miniaturist’ (BBC1/WGBH). 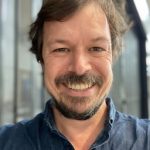 James Reed is an Academy Award-winning director who won the Oscar for Best Documentary Feature in 2021 with My Octopus Teacher. His previous productions include the highly acclaimed Jago: A Life Underwater and Rise Of The Warrior Apes. James also runs Underdog Films, which produces the adventure
doc series Chasing Ocean Giants (Discovery +). 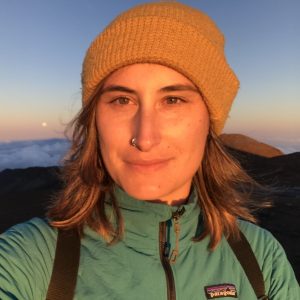 Jessica Leijh is a Standby Art Director based in Bristol, with on and off set  experience in the Art Department, both here in the UK and overseas. She loves the  creativity, problem solving, and exploring narratives working in the Industry.  Jessica is happy to connect with others to work out the challenges we face in the  industry today. 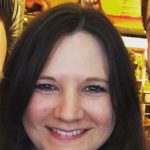 Jo Nichols is from Royal Welsh College of Music and Drama in 2004, having studied theatre design. She went on to supervise and make costumes for theatre companies in Wales and Bristol. She now lives in London and is an experienced senior costume maker for feature films and television, working on a range of productions from Game of Thrones to Sony’s Cinderella

Joanna Wright is a self-shooting documentary director/ producer who works  with film and emerging media technology. Prior to working in non-fiction she  worked in the art department for film, TV and theatre, based in New York. She has  been a mentor for Ffilm Cymru / BBC Ffolio and MIT Open Documentary Lab / Co Creation Studio workshops and has an ILM qualification in coaching and  mentoring. 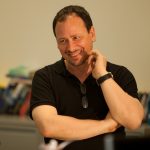 Joe Pavlo is a Visual Effects Supervisor with over 25 years’ experience on more than 100 film and TV projects. He won an Emmy for the Life and Death of Peter Sellers and a second Emmy for the HBO/BBC drama series Rome. He has received nominations and awards for his work from BAFTA, RTS, VES and D&AD. 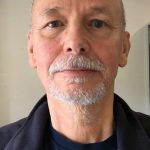 John Hunter works in a variety of roles in the broadcast and live event sectors, with an extensive track record as a freelance self-shooting producer/director, lighting camera person, studio/OB camera operator, and live event video engineer. He’s been a coach and mentor for several years, and is currently working towards his ILM Level 7 qualifaction

John Richards is a Welsh film editor who has worked on a wide range of international Film and TV projects. He has a passion for storytelling and has lived and worked all
around the world. While John has vast knowledge of post-production he is also an experienced 2nd unit director. John has an ILM certificate in coaching and mentoring.

Lauren Jones has been working as a Spark since 2015. Starting in TV drama and  independent feature films, she now has experience across a range of TV,  commercials and music promos throughout the UK, working with some of the  UK’s most notable talent. Lauren left a role in University admin and trained on the  job, self-funding her electrical qualifications in 2016. 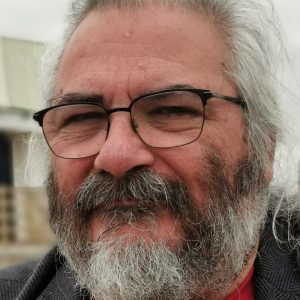 Madoc Roberts has been editing for over 30 years. He was the editor of Between Life and  Death, winner of BAFTA UK Best Documentary 2010 and of three other RTS award  winning films. He has won two BAFTA Cymru Best Editor awards. He’s edited Time  Team, C4 and Coast, BBC. He also edited the feature film Flick which starred two time Oscar winner Faye Dunaway. 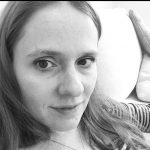 Marged Parry has over fifteen years’ experience in TV, Marged is now a Script and Story Editor and works on Pobol y Cwm and Casualty at BBC Studios. She’s also worked as a Director and Assistant Producer on S4C’s teen magazine programme Mosgito. Marged has written for theatre and has had plays staged by Sherman Cymru and at Latitude Festival. 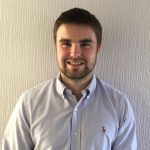 Matt Hughes  is a sound recordist from Cardiff working on productions ranging from factual entertainment and commercials, to sport and live events. He has done the ILM Coaching and Mentoring certificate with Bectu. As a young ambassador for Big Ideas Wales, having secured a grant to start his own sound recording business, he helps to inspire young people to start their own business. 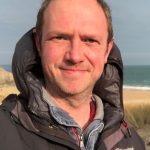 Matthew Harrisson is a freelance cameraman, director, assistant producer and drone operator with over 20 years’ experience in the industry. He left the BBC in 2017 to set up his own company and now combines camerawork with production roles. He co-founded Push Auto, a series of networking events in Cardiff and he’s on the committee of the Royal Television Society in Wales 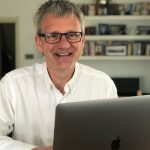 Nick Skinner is an award winning TV producer and series producer. His recent work includes producing and directing on Antiques Roadshow, and series producing the Welsh consumer show X-Ray. He’s previously made his own docs, mainly in history and current affairs. He owns his own video production company, freelances in TV and teaches at Cardiff University.

Paul ‘Bach’ Davies has been a freelance location manager for over 28 yrs and really enjoys the  pre-production process. Scouting for locations is his forte. He’s met fantastic  crew and amazing up and coming location managers during his career. Over the  years he’s helped about 8 location trainees/ assistants who he says are now much  more successful than him!

Paul Owen is an Award winning editor, with over 25 years of experience. He has an impressive list of credits, and is well respected in the industry. In more recent years, Paul has been involved in running Post Production Facilities, and was the Co-Founder of Gorilla Post Production. Today Paul works as a Freelance Editor and Post Production Consultant. 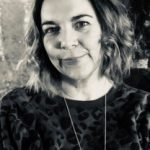 Rebecca Duncan  began her career in costume at Angels the Costumiers in the early 1990’s. From her freelance beginnings as a junior with the Oscar-winning Janty Yates, she has worked her way up through the ranks to becoming a designer in her own right. She is represented by CMM. Rebecca has had training in mentoring with Bectu Cymru. 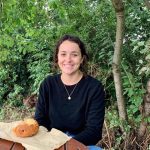 Rebecca Roughan  is Head of Development at Imaginary Friends, Chris Chibnall’s production company. Previously she has worked in production on Doctor Who Series 13, The English Game (Netflix/Julian Fellowes), Traitors (Channel 4/Bash Doran) and Watership Down (BBC/Tom Bidwell), as well in development, working at 42 Management & Production for five years, including a year focused on US television, working in LA. 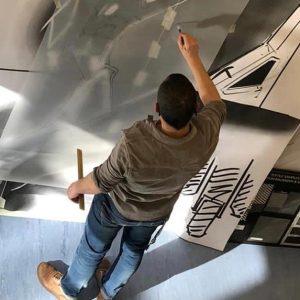 Rhys Ifan is an Art Director who has been working on feature films since 2006. His  credits include Guardians of the Galaxy, Jurassic World and Zero Dark Thirty. A  Welsh speaker, he is originally from West Wales and has recently moved from  London to continue his career in Cardiff where he’s currently working on Dr Who. 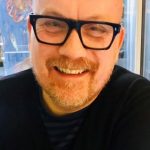 Ryan Michin has over 20 years’ experience in television as a Producer. His main passion is Music and his credits range from producer, producer-director to series producer on documentaries, events and competitions, including ‘The Story of Ziggy Stardust’, Glastonbury and BBC Young Musician. Ryan has trained as a mentor with Bectu Cymru and is doing the ILM course in coaching and mentoring 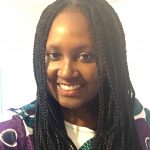 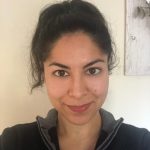 Suraya Jina  works as a Production Accountant mainly in television drama. She has also worked on entertainment, comedy and factual shows. Suraya trained as a mentor with Bectu Cymru.

Ynyr Williams is an Executive producer with vast private sector and public sector experience.Worked for all the major UK broadcasters and have experience of managing
change within large departments.

❝
All CULT Cymru workshops are run extremely well. They're friendly, relaxed and informative. I'd recommend the courses to anyone. General
Tweets by cult_cymru